2011 to current role includes as AAFFN Facilitator (including Social Media, Web and Admin), Writer for the AAFFN Interview Series and 2011 Co-founder (Community Development).

Born in Vietnam, Indigo’s ancestry and cultural heritage is a mixture of Vietnamese, Chinese and Euro-Australian. She has experience in promoting and working collaboratively with a range of communities.  Never forgetting her background, including coming from an orphanage in Vietnam, she is dedicated to the power of collective care, fair go and community.

She has a PhD in Sociology from The University of Queensland, a MA and BA (Film Major) from The University of Technology, Sydney and is a graduate from a Performing Arts school in Western Sydney. She was also awarded a Rockefeller Fellowship in Humanities at The University of Massachusetts, Boston studying Vietnamese identities, and received a Medal in the Order of Australia (OAM ) for her volunteer work in the Adopted Vietnamese International (AVI) network which she later resigned from in protest to transphobia and homophobia and out of respect to First Nations Peoples as the award is given on Invasion Day.

Breaking boundaries and stereotypes, Indigo is also a dedicated skateboarder, co-founder of Consent is Rad and We Skate QLD (formerly Girls Skate Brisbane) and featured in the SBS My Australia Series and also in the documentary film Affirmative Action: A Brisbane Skateboarding Documentary made by Kane Stewart. More on her activities here 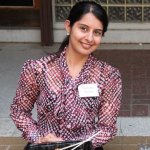 Dr Sukhmani Khorana’s experience includes being a Visiting Research Fellow at the University of Sydney and lecturer in digital media and international media at the University of Wollongong. Previously, she was a Postdoctoral Research Fellow at the Centre for Critical and Cultural Studies, University of Queensland. Her doctoral project (completed at the University of Adelaide in 2010) involved a holistic study of diasporic cinema, as well as a manifestation of the same in the making of a documentary about Indian migrants. She has a forthcoming edited collection on ‘crossover cinema’ from Routledge. Sukhmani has lecturing and tutoring experience in undergraduate courses on digital media, screen studies, media research methods and short filmmaking. Additionally, she is involved with a number of community initiatives such as international film festivals, refugee tutoring programs, and independent publications. To promote diasporic engagement with Australian arts and culture, and vice versa, she organised the first symposium of the Indian diaspora in Australia (with funding from the Australia India Institute) in September 2013. She is now the author of several books, a research collaborator on large-scale screen industry reports and remains a strong advocate for diversity on the screen.

Amadeo has various industry experience, including co-producing the acclaimed independent film The Songs They Sang and being involved with international and regional film festivals such asThe Bayside FF (read more here) & 15/15 FF as artistic director, as a judge for events such as Melbourne Queer FF and teaching film and digital media. His workshop experience includes teaching young people for film workshops as part of the Melbourne Museum of Immigration’s ‘Identity: Yours, Mine, Ours’ exhibition as well as working with Aboriginal peoples in their communities on telling their own stories and community histories using video technologies.

Dr Tseen Khoo is a Lecturer in Research Education and Development at La Trobe University, Melbourne. She has extensive research and research education experience, and been instrumental in creating the field of Asian Australian Studies. She has previously been a grant developer at RMIT University, and research fellow at the University of Queensland (2001-2004) and Monash University (2004-2010).

The people below offered special advice in the launch and inaugural year of AAFFN, and continue to offer special advice for things such as events, networking and promotion:

Annette is an author, producer and actor, best known as presenter of TV programs such as The Noise, Studio 22 and Media Dimensions. Recently, she devised, wrote, and directed the mobile phone app ‘China Heart‘, which uses dramatised video, oral history and gaming to explore family and community in Sydney’s Chinatown. With Performance 4a, she produced a season of Asian Australian performance – including Stories East & West – a theatrical storytelling show co-directed with William Yang. Nominated for an AFI Award for her performance in the feature film, Floating Life, she has appeared in guest roles on Packed to the Rafters, Crownies, Always Greener andYoung Lions.

Positions on the AAFFN Advisory Group are by invitation and run for 12 months (renewable) on a voluntary basis. Our Special Advisory Group reflect a range of backgrounds on and behind the screen, and include a range of experiences from working on mainstream and independent productions, as well as a combination of long-time established and mid-career professionals as well as emerging artists.

Juanita was invited to join the AAFFN Advisory Board because of her experience in co-founding and co-directing the Sydney Asia Pacific Film Festival 2000-2003. Funded by the Australian Film Commission, the New South Wales Film and Television Office and the City of Sydney, the festival premiered new films from Asia and incorporated a short film competition for films made by or about Asian Australians, and a seminar program.  Juanita’s roles included programming, coordinating seminars, the short film competition and commissioning and editing program notes for the Festival catalogue. Juanita has worked at the Australian Broadcasting Corporation, New South Wales Film and Television Office and SBS Radio. Juanita was co-author of  Film Asia : New perspectives on film for English, which won the National Award for Best Reference Resource for Secondary Teachers in 2003. She holds a B.A. from University of Sydney, Post Graduate Certificate in Audio Visual Archiving, Charles Sturt University and is currently studying Honours Arts (Communication), Charles Sturt University.

Pearl Tan is the director of Pearly Productions, a film and video production company that provides services to arts organisations and actors. She graduated from the NIDA Acting course in 2005. Originally from Western Australia, she also holds a Communications degree majoring in Media Studies from Edith Cowan University. Her short films Seeya Rach, Thanks for Coming and Baby Cake have screened both nationally and internationally.

Currently works at 4A Centre for Contemporary Asian Art in Sydney across marketing and communications, social media and arts administration. Yu Ye studied a Bachelor of Arts at the University of Sydney in 2008 with a major in English Literature and received first class honours in Art History writing on contemporary Chinese artists Xu Bing and Huang Yongping. Since 2010 she has worked in arts marketing and publicity across Australian mainstream, online and Chinese media at 4A Centre for Contemporary Asian Art. Notable exhibitions and projects she has worked on include Cinema Alley (2010, 2011 and 2012), Shen Shaomin, The Day After Tomorrow (2011) and Last Words (2010). Yu Ye has also been Information and Cultural Exchange (ICE)’s Executive and Communications Assistant since 2010 where she has run the organisation’s social media, been the project coordinator for ICE’s Rocks Pop Up Project space and has been a general events and projects assistant.

Peta-Jane ‘PJ’ Madam landed her first role in journalism in 2004 as an intern with Channel Nine News in Brisbane, earning her stripes before heading  south to work for Nine News in Sydney. As a reporter and producer,  she got a real taste for life in broadcast journalism – spending  time on the road reporting, as well as in studio producing stories  and bulletins. PJ joined SBS as a reporter for World News Australia in 2008. During  her time here she has covered major local and international events,  including the canonisation of Mary MacKillop, two Australian federal  elections, Kevin Rudd’s fall from leadership and the dumping of two  NSW Premiers, the aftermath of the Samoan tsunami in September 2009,  and Cyclone Yasi in February 2011. She was also SBS’s correspondent  from London for the wedding of Prince William and Kate Middleton in  April 2011. As well as reporting, PJ was one of a team who present SBS World News  Australia – you’ll often find her anchoring the 9.30pm news bulletin. She has now moved to being a TV presenter for a major television station. Well done PJ!

Somchay Phakonkham is a Laotian-Australian film director from Melbourne. His fascination with film began at the age of 5 after seeing a TV show being filmed outside his Nott St primary school. He went on to studying film in high school and later graduated from an Advance Diploma of Screen Production at the school of NMIT, Collingwood. Since then Somchay has directed countless short films, music videos and has worked on two independent feature films. His short film ’Get Him’, which was co-directed by fellow director Jesse Galofaro, won him the ‘Best Director’ award at the Queens St Film Festival and was also selected for ‘Tropfest’s Best of the Rest’ in 2007.

His lifelong goal is to join the ranks of Michael Bay, Steven Spielberg, Martin Scorsese, Quentin Tarantino and Clint Eastwood to become one of the best directors in the world.