Aileen Huynh is a Sydney based Actor. She graduated from the Western Australian Academy of Performing Arts (WAAPA) Acting course in 2010. She also holds a Bachelor of Creative Arts in Performance from the University of Wollongong. In her solo pursuits she works under the title and persona George Dot Play, producing video works that merge her screen performance with digital technology. Recent works include Emotibeats, Got Rice and Eargasm. In 2011 she worked with Bodysnatchers and debuted her one woman show, Gobbledygook. Other recent Acting credits include A Land Beyond the River (Bondi Pavilion), A Quiet Night in Rangoon (New Theatre), Colour of Change directed by Pearl Tan (Joyhouse Productions) and Better Man (Fremantle Media).

Tell us a bit about what is George Dot Play and where folks can see this project?

George Dot Play is the title and persona I go by in the cyber world. I make short videos of myself attempting to look really cool with editing techniques and dropping funky beats. (Hopefully, it occasionally works!).  It’s hard to explain, but you can see for yourself on the crazy, wonderful world of YouTube. My channel is at http://www.youtube.com/georgedotplay.

What are some of the things you loved about working on this project?

I love working on George Dot Play because it gives me the ability to completely run wild with my creativity. From my imagination I can make it reality, although, a lot of the time it turns out quite different from what I first set out to do, but that’s all part of the fun! I have also loved learning new digital techniques, which has widened my skills and has allowed me to make some really cool stuff!

What is the advantage of videos and the Internet to reach audiences?

One of the initial reasons why I started George Dot Play was because of the opportunities and benefits being online have. Immediately anyone around the world can see your work with a click. Being an Actor with an Asian background I also feel like the Internet is the right platform for me to try and find a wider, culturally diverse audience. However there are also some tough hurdles. With the online world becoming increasingly popular there is so much content being uploaded everyday. 72 hours of video are being uploaded to YouTube every minute! You can easily get lost in the crowd.

You also were filming for Khoa Do’s ‘Better Man’? What was your role and what is it like working in the more traditional format of TV?

‘Better Man’ is a four-part mini-series, which will air on SBS later this year. It is based on the story of convicted drug trafficker Van Nguyen, who was the last Australian to be executed on death row. I play the role of Kelly, one of Van’s close friends. Working on the format of TV is wonderful. You see all the puzzle pieces join together. There are so many people on set with different jobs and you’re employed to just focus on your job- to act. It’s very different to working on George Dot Play where you’re the actor, director, cameraman, editor, publicist etc all at the same time, but that’s what makes your creative work so satisfying, cause of all the blood, sweat (and sometimes tears) that have gone into it. It’s lovely though when a job (that’s also paid!) comes along and you can just focus on your performance, plus you always meet some wonderful people along the way.

You are also an artist in residence at Waverly Council. How do such opportunities assist artist like yourself and what project are you working on there?

Being an artist in residence with Waverley Council provides a great support network and some valuable resources to help produce your artistic work. They help you promote your work, give you contact and networking opportunities and supply you with a studio to work in for six months. All extremely useful tools for emerging artists like myself. I’m using the residency to work on new George Dot Play videos and my business strategies. Currently I’m working on an open call project called ‘The Bondi Groove’. So come down, join the party and be in one of my videos! Anyone and everyone is welcome! Details are here: George Dot Play The Bondi Groove

You are a recent Western Australian Academy of Performing Arts (WAAPA) grad.  What are some of the best experiences you’ve drawn from that?

There are so many great memories and experiences I’ll take away from WAAPA. There may not be another time in my life where I will be able to focus so closely on the craft of performance like I did when I was there. I was very lucky to work on so many shows, be cast in roles that I will most likely never play in the ‘real world’, and learn lots of useful things to make me a better performer. At WAAPA you also make working and personal relationships that will last a lifetime.

Who are some of the people who have helped you along the way to where you are now and where you want to head?

There are many people who have helped shaped my choices as an artist and help me keep pursing my goals- A lot of close friends, colleagues, lecturers, and teachers. There have also been a number of people who I’ve met in random circumstances, who have ended up advocating my work and have been such valuable assets in the movements of my career. You never know where these people will spring from!

What is one of your dream projects?

I have so many dream projects I would love to be working on- Oh, lets say a role in a David Fincher, Tarantino or Paul Thomas Anderson film (have to start with the bar raised high right?), working with Freddie W on an online film, touring the world with a stage show. Gotta keep those dream options open!

Any final advice for young people out there planning to be filmmakers?

If you feel an absolute need to do it and there is no other choice, then do it. If you feel you could put your ambitions elsewhere and be just as happy…. well that might not be a bad idea. Could definitely help financially! 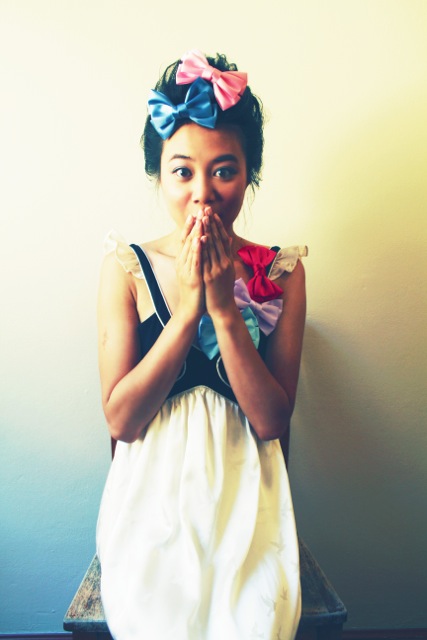 Posted on 18/03/2013, in Uncategorized. Bookmark the permalink. Leave a comment.